Anyone that knows me knows Kanye West is my favorite artist, so it was a no-brainer that I would be attending the Saint Pablo Tour. I’ve seen Kanye live on multiple occasions with the first time being in 2005. Especially in 2013 with the amazing production that was the YEEZUS Tour. After seeing photos from the the Saint Pablo tour, I have to admit I was a little skeptical on the floating stage idea, but actually seeing it in person ended any doubts I had. That’s something to always keep in mind with Kanye – never doubt his creativity.

Arriving to the United Center at around 6:30 pm on Friday, lines on each side of the arena were beginning to wrap around corners. Yeezy Season was indeed in effect. What’s a Kanye West concert without merchandise? There was about 20 different pieces of Saint Pablo merch ranging from dad caps to long-sleeved t-shirts. Most fans were decked out with all different kinds of t-shirts spanning Kanye’s career. Doors opened at 7pm. While making my way inside, people in front and in the back of me were hoping for an “epic rant” from Kanye due to the recently robbery involving his wife.

My seat was in section 102, which would be the best (in my opinion) section and seat to view the concert. As time passed, the floor began to fill with General Admission ticket holders. It looked like a scene from the Yeezy Season 3 fashion show from this past February. Faint sounding horns could be heard throughout the arena before Pablo himself would take the stage. The horns (now mixed with eerie wolves sounds) began to get louder. In the back of the arena, Mike Dean and Tony Williams took their respectful spots. Not too long after, at approximately 9:20, the lights went low and Kanye West made his entrance.

The show kicked off with The Life of Pablo favorite Father Stretch My Hands Pt. 1. This tour version of the song included half of the original sample of Pastor T. L. Barrett’s Father I Stretch My Hands in full that seamlessly transitioned into the opening line “You’re the only power…” 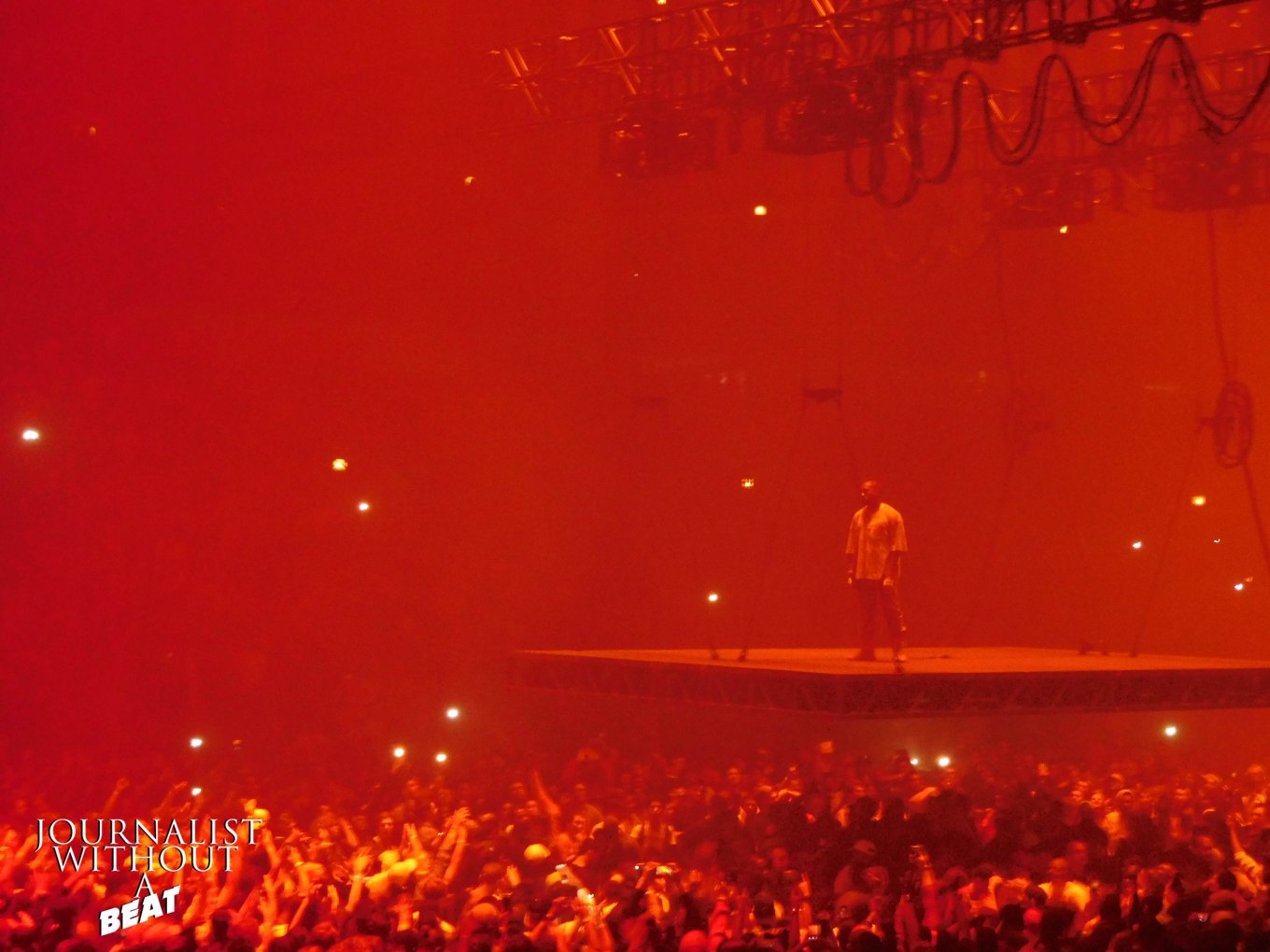 For about 15 minutes straight Kanye glided across the United Center on his floating stage performing back to back bangers. The performance of  Famous saw Kanye tell Mike Dean to run-back the track  4 times (each time the crowd was even more hype). He also performed his verses on Drake’s Pop Style and ScHoolboy Q’s That Part. Before moving on to the next track, Kanye shouted “It feels good to be home”.

The stage isn’t necessarily just a “floating stage” – it can be more described as an intergalactic spaceship. The set design has 2 major components, one being a large rectangular structure that would display lights and the second of course being the stage Kanye performs on. Throughout the night, the stage would transform with awesome sounding SFX (special effects) depending on song. For example, during Wolves the light structure shifted and the stage Kanye was on tilted, so he could look at his fans on the floor.

Each time the stage would glide across the arena, the people on the floor would sway to each side when the stage moved. Some people were so hyped that they began to try to throw their shirts, sweaters, shoes, and even phones onto the stage. When one item would land on the stage, Kanye would gently knock it off with his foot.

Section 102 might have been the best section to be in as Kanye performed majority in the far end of the arena. This happened quite a few times, but I was eye level with the man himself. This may have been due to the fact I was wearing the rare G.O.O.D, Music angel hoodie.

When I say Kanye West performed hits from his entire discography, I mean he performed hits from every album he released even collaborative albums in Cruel Summer and Watch The Throne. Chicago nearly lost it when Niggas in Paris dropped. No Jay z needed, as the crowd handled his verse. The live version of Only One was a sight to see, plus the added vocals from Tony Williams made the song even better. Usually after Runaway, Kanye takes a moment to speak to the audience and speak about what’s on his mind – that didn’t happen.

The show continued with Graduation and My Dark Beautiful Twisted Fantasy hits. My whole section literally lost it when he performed Good Life. There were high-fives everywhere in section 102. It should be noted that Homecoming was not performed.

The Saint Pablo Tour came to end with performances of Fade and Ultra Light Beam. Red high-beam lasers were on display while Fade played and during Ultra Light Beam, one white “beam” of light shined down upon Kanye as the stage hovered above the crowd for last time as it took Kanye to the end of the arena. Once the stage was lowered, Ye stepped off and proceeded to the backstage area.

From his set design with a soft orange & red palette, production and new versions of classics such as of Stronger – Kanye West is indeed a Rockstar.

The Saint Pablo Tour is a must-see.

Check out photos from the Saint Pablo Tour in Chicago 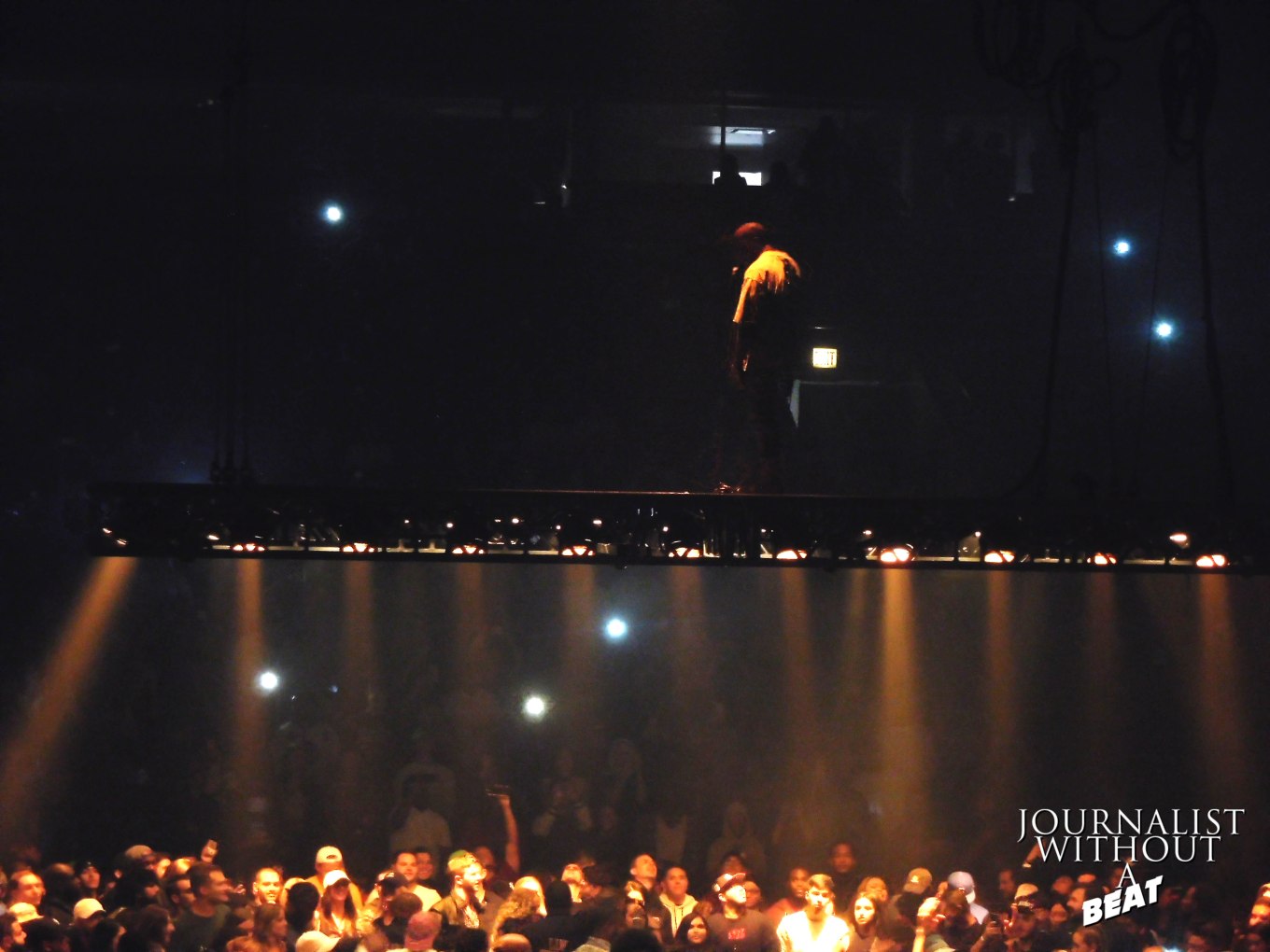 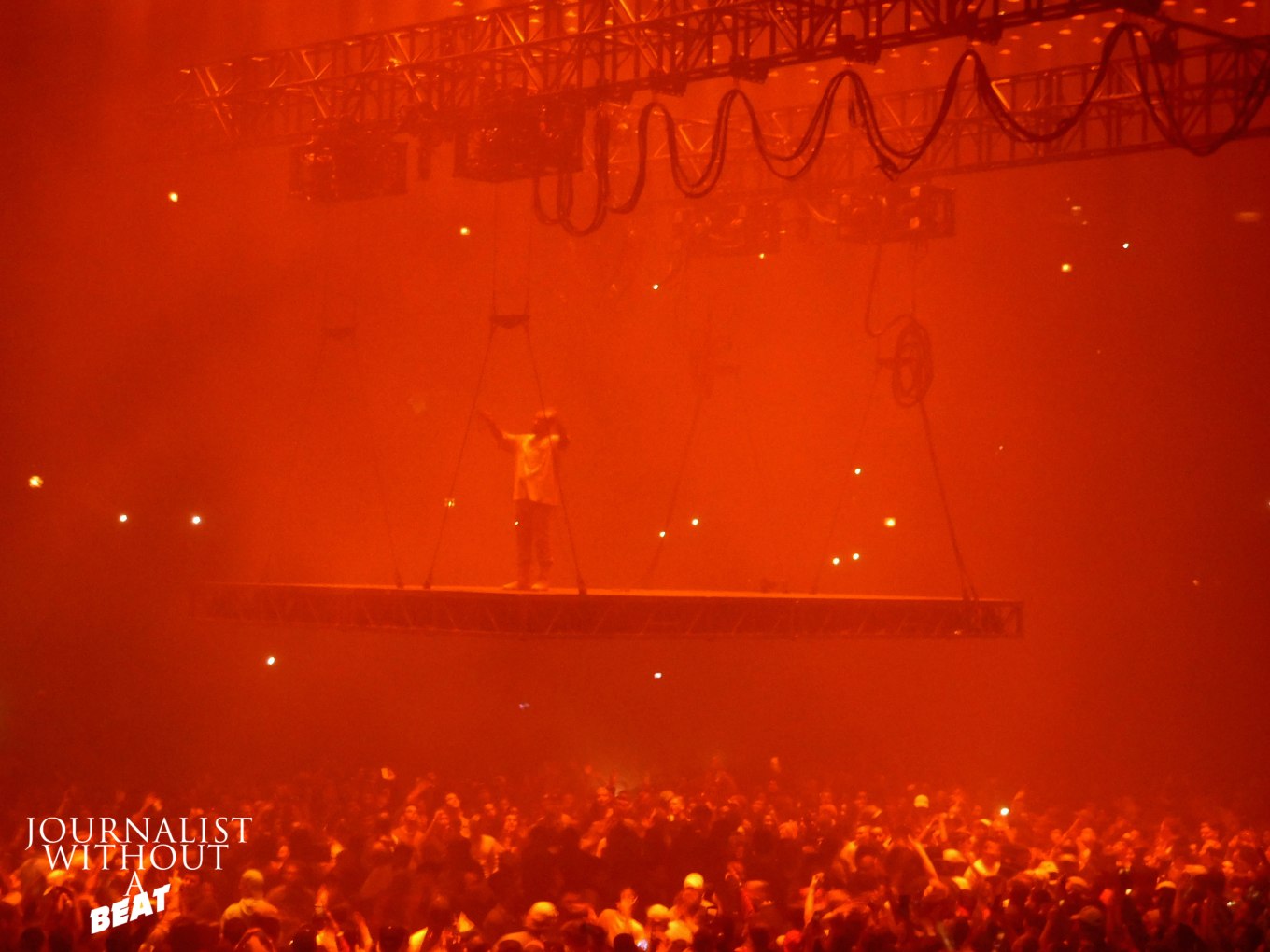