Slime Season was in full effect.

On rainy and humid night, Young Thug and gang took over The Vic in Chicago for the Hy!£UN35 (Hitunes) Tour. This would be the last stop on the tour, so everyone from the rappers to the crowd were electric.

DJ Pharris from local radio station Power 92.3 was on the decks as the Chicago crowd entered the concert hall. First up was YSL member Lil Duke. Duke was accompanied on stage with about 10 people who repeatedly threw water on the crowd. Strangely enough, Duke didn’t perform his hit “On My Vibe”, but as he left the stage, his DJ cued up the song. Up next was Dae Dae who performed tracks from his mixtape 4 Reasons. The Chicago crowd was very familiar with Dae Dae’s work as they rocked and dabbed (the dance) all through his set.

In the long break in between sets awaiting Lil Yachty, DJ’s showed a lot of love to Chief Keef, spinning. The crowd began to grow tiresome as the Vic was now packed to the walls and you could literally feel the heat. About 3 fights broke out. DJ Durel figured it was a mosh pit. After about 45 minutes of waiting, DJ Durel announced it was time for Yachty to come out, or so the audience thought. A road manager took the stage and informed Durel that Yachty wasn’t ready. So another 5 minutes went past. 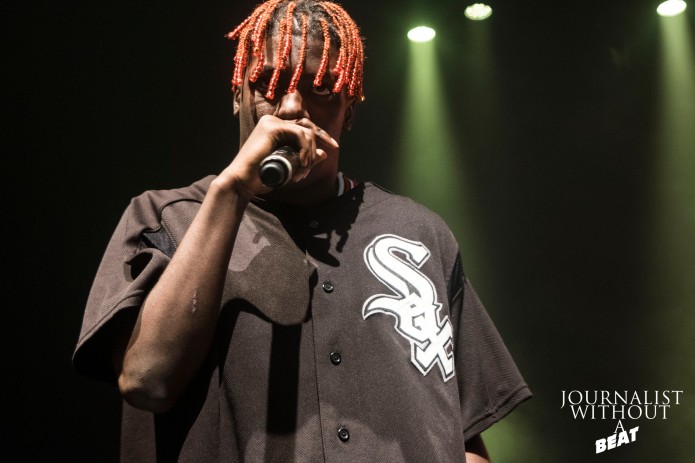 It seemed as throwing water was the gimmick of the night, as the road managers and staff continued to crack open cases of water and set them up. The crowd erupted when Minnesota was performed. Yachty would then surprise Chicago by bringing out Chicago’s own G Herbo. Herbo would perform Rollin’ from his 2015 mixtape Ballin’ Like I’m Kobe. Lil Yachty set came to an end when he closed with One Night. Even though the crowd was drenched, you couldn’t deny they approved of Lil Yachty.

It was now time for the man of the hour. TM88 took control over DJ duties for the rest of the night. He would play some exclusive Wiz Khalifa and Juicy J tracks proclaiming “this not even out yet!”. The wait for Thug was not a long one, but a person in the front row did in fact would faint and had to be carried out. TM88 got on the mic one more time and asked the crowd to chant “Young Thug”. After 3 chants, Thugger Thugger took the stage and opened with With That featuring Duke, who was also on stage to rap his verse.

The stage setup was similar to the Rodeo Tour. With that being said, at one point when Thug was performing, the large screen in the back of him displayed a tribute with an image of Prince from Purple Rain.

After the first few songs, Young Thug would ask if Chicago was ready to “turn up”. Of course Chicago was ready.  Young Thug seemed to enjoy the Chicago crowd as they recited word for word on the track Slime Shit. The hour set consisted of Thug performing tracks from Barter 6, Slime Season 2 and his new project Slime Season 3. Thugger Thugger would also reach back in his catalog and perform his verse of T.I.’s About The Money.

The show came to an end when Thug performed the Rich Gang: Tha Tour classic, Lifestyle. This would then lead into the crowd favorite, Best Friend. During the last song, Thug brought out Lil yachty and both stage dived into the audience to close the final stop on the Hy!£UN35 Tour.

This tour has proved that Young Thug has grown as an artist and performer. His stage presence has greatly improved from the last time I saw him live at Lollapalooza. He performed almost all songs in full and interacted with the audience, which was dope.

Check out shots from the Hy!£UN35 Tour in Chicago 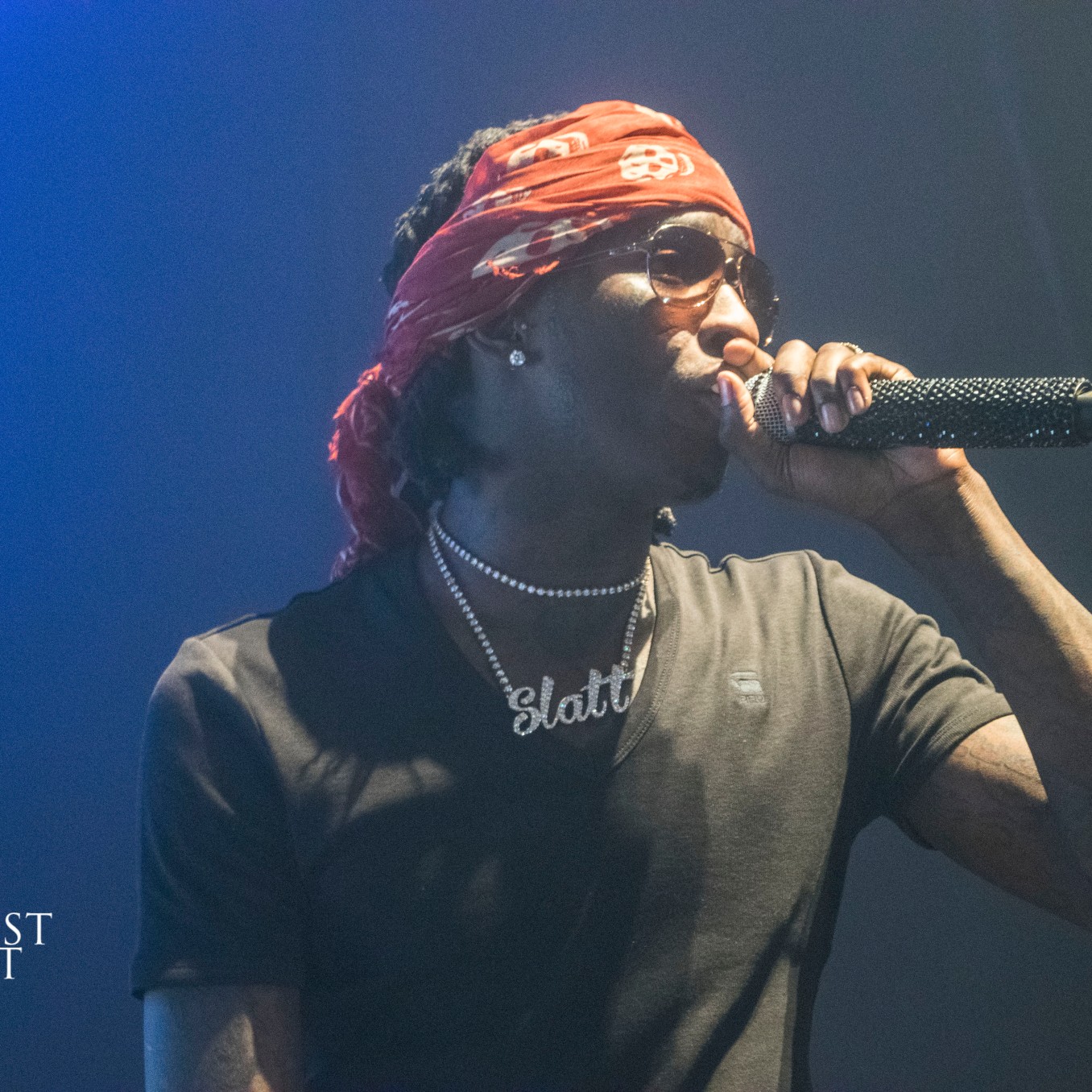 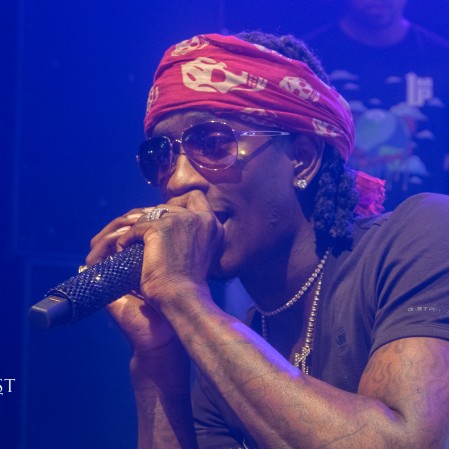 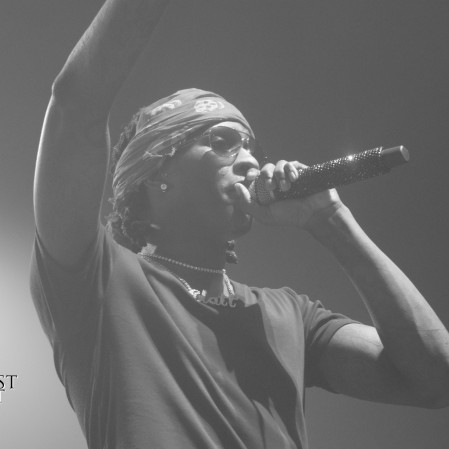 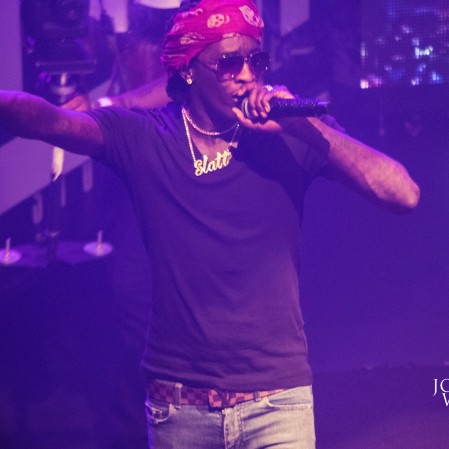 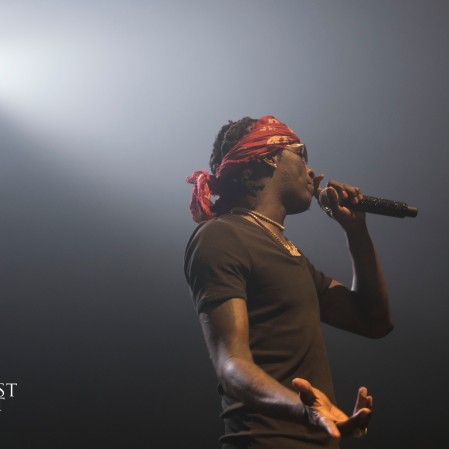 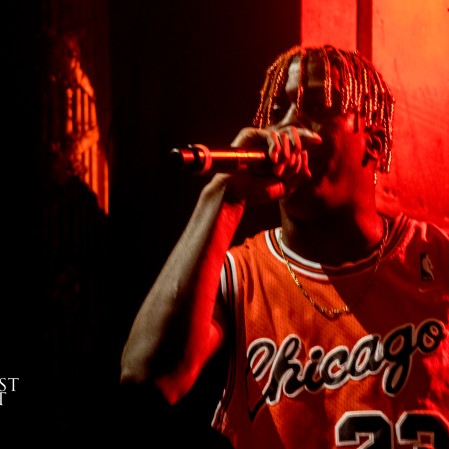 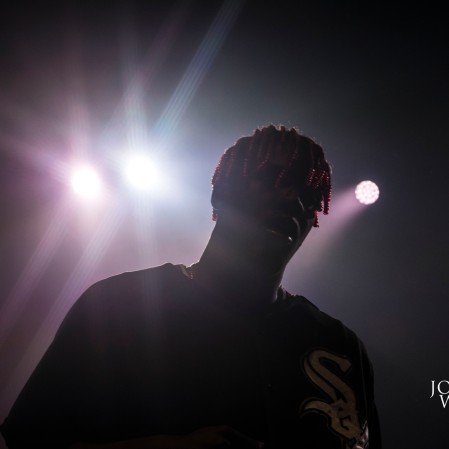