Whenever the WWE is town, fans are sure to come out in droves to see their favorite WWE Superstars and Divas up close and personal, and that was the case when fans packed the Allstate Arena on Sunday, December 27th for WWE’s Live Holiday Tour.

30 minutes before the action began, NXT announcer, Greg Hamilton, welcomed everyone to the show. He got the audience excited by playing “Who Am I”, a game where the audience had to guess the name of the superstar by their silhouette. Also the Chicago crowd had the chance to vote on which Royal Rumble they would like to see before the actual show began. The options were Royal Rumble 88′, 01’, and 08’. To cast a vote, all an audience member had to do was use the hashtag that corresponded to the Royal Rumble they would like to see. The poll results were done in real time and were displayed on the entrance screen. The hashtag #royalrumble01 won the vote.

Hamilton would return, only this time he was located in the upper levels of the arena where he spoke to a young man named Elijah. Hamilton noticed Elijah was watching the WWE Network and mentioned to him that there will be a new show coming to the network called “Ringside”. Hamilton then would correct himself and surprised Elijah and his family with ringside seats courtesy of the WWE Network.

From the get-go, the crowd was hot. Tyler Breeze was met with a mixed reaction; while Dolph Ziggler was met with all cheers. Both had a back and forth fast paced match. The end of the match came when the referee became fed up with distractions made by Summer Rae and ejected her from ringside, this would allow Ziggler to hit a Superkick on Breeze for the 3 count. On the way up the ramp, Ziggler decided to deliver a Superkick to an inflatable Santa Clause, which was met with cheers.

While making his way to the ring, Bo Dallas would tell the Chicago crowd that they were lucky he showed up to this “piece of trash city” and declared that he was now on a new winning streak. That winning streak would not start with this match as Jack Swagger made short work of Dallas, defeating him with the Swagger Bomb.

After recovering from the quick lost, Bo Dallas stated that loss didn’t count and he was not leaving until he had another match. His demands would be answered by Goldust.

Bo Dallas tried to get a head start by jumping Goldust when entering the ropes. This strategy wouldn’t work as Goldust countered with a Scoop Powerslam for the quick win.

A familiar voice would be heard throughout the Allstate Arena. Bray Wyatt would appear on the entrance screen declaring he will send Kane back where he belongs later in their match.

The returning Damien Sandow received a huge reaction from the crowd. Both teams would trade aggressive offense duration of the match. A “We Want Sandow” chant would breakout. Toward the end of the contest, all members from each team entered the ring and went at it. Fandango would hit his Top Rope Leg Drop on Diego of Los Matadores for the win.

The fireflies lit up the Allstate as Bray Wyatt entered the arena. This match saw a lot of mind games being played on Kane by Wyatt. Bray Wyatt would think he outsmarted Kane by stalling, but that was not the case. Kane would battle back; slamming Wyatt into the guardrails at ringside. The conclusion came when Kane reversed a Sister Abigail into a huge Chokeslam for the win.

Both teams received great reactions from the audience. Team B.A.D. controlled majority of the match, Brie Bella would get the hot tag from Alicia Fox and activate Brie Mode. Brie would hit the Facebuster on Naomi for the 3 count.

The New Day (Xavier Woods & Big E) vs Lucha Dragons vs The Usos.

When making their outrageous entrance, The New Day had the crowd split. Loud chants of “New Day Rocks” and “New Day Sucks” broke out throughout the arena.

The Lucha Dragons had everyone in attendance chanting “Lucha, Lucha” with their arms in the air. The Usos would receive one of the loudest reactions of the night when making their entrance. Before starting the match, The New Day would taunt the audience at ringside. Anytime these three teams step in the ring together, its instant chemistry. There was a lot of high flying action, with the Lucha Dragons performing a double suicide dive on their opponents on the outside. The end to the contest saw Xavier Woods rollup Kalisto for the win and retaining the Tag Team Championships. New Day’s celebration was cut short as both teams attacked sending New Day up the ramp.

The Chicago crowd let Sheamus have it when he made his entrance for the main event. Chants of “You Look Stupid!” only angered the Celtic Warrior. What would have to be the loudest reaction of the night, the WWE World Heavyweight Champion, Roman Reigns made his entrance through the crowd fist-bumping those all around him.

Ring Announcer, Eden, would set the tone for the match with pre-match introductions of the competitors, which only got the crowd even more excited for the start of the match. The match started off hot with both men trading blows. Sheamus would get the upper hand and control majority of the match beating Reigns with kendo sticks and chairs.

Roman Reigns would make a short comeback hitting Sheamus with the kendo stick and setting up a table only to slammed through it. After the slam through the table, Sheamus covered Reigns for the pin only to get a 2 count. The match continued which saw Sheamus regain control, this time Sheamus would set up a table in the corner. Sheamus made one mishap, which allowed Reigns to spear him through the table for the victory. The WWE World Heavyweight Champion would take the mic to thank the Chicago crowd and wished everyone a Happy Holiday.

The WWE will be back in Chicago at the Allstate Arena on March 7th for WWE RAW.

Check out more shots from the WWE Live Holiday Tour below 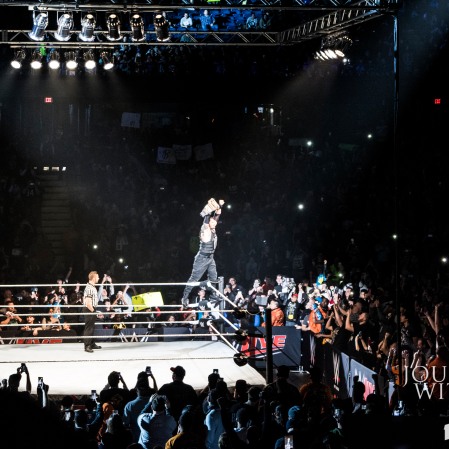 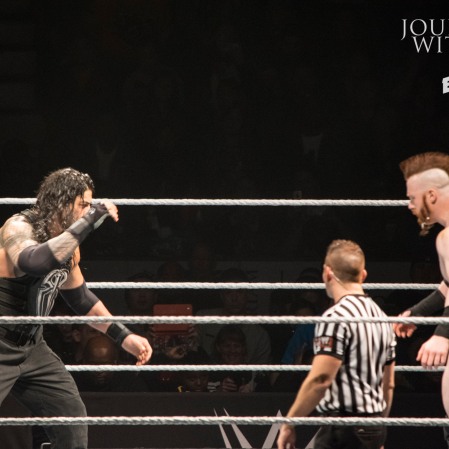 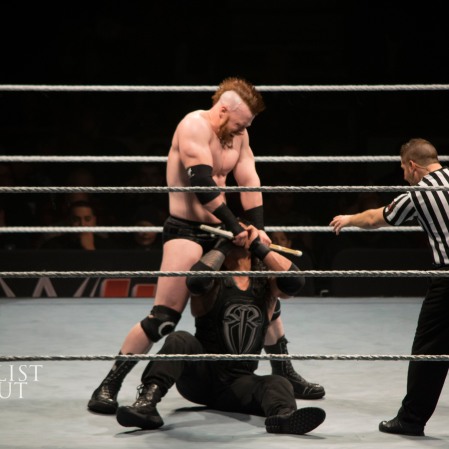 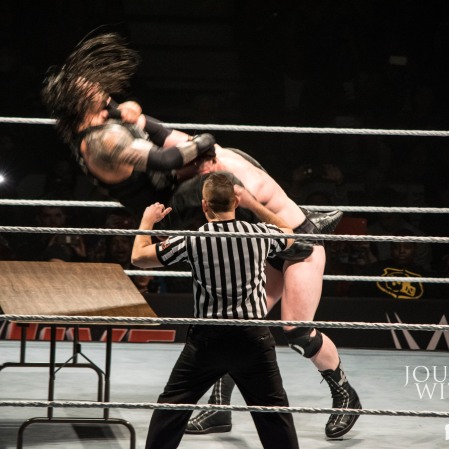 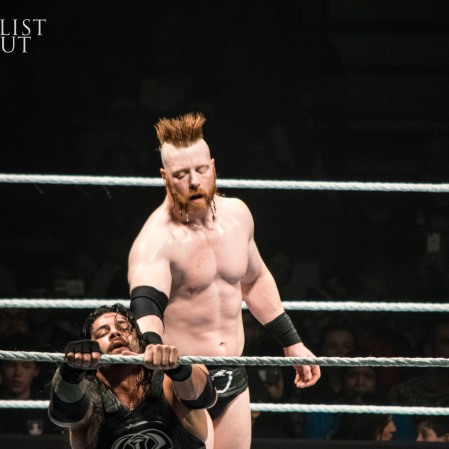 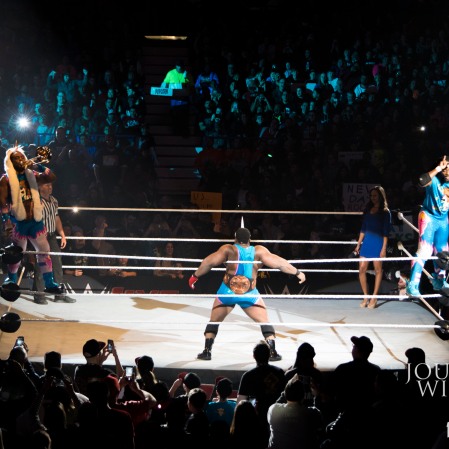 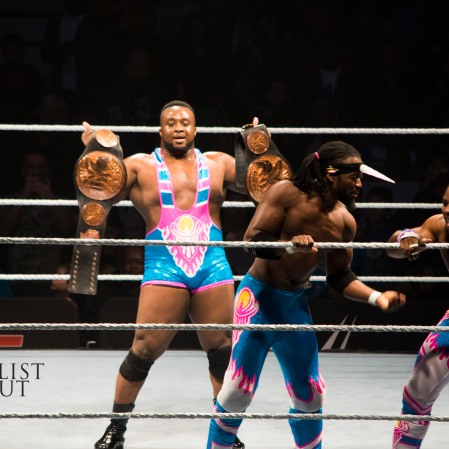 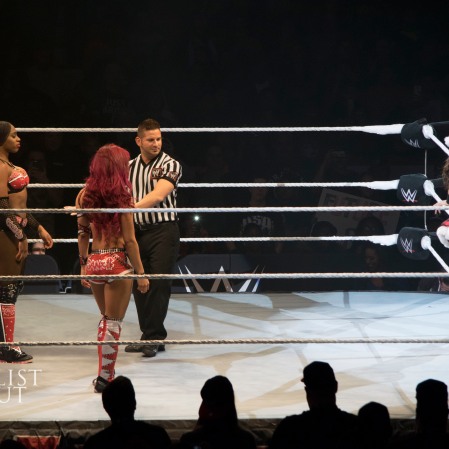 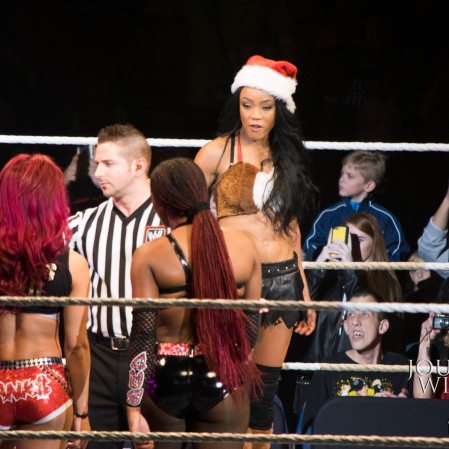 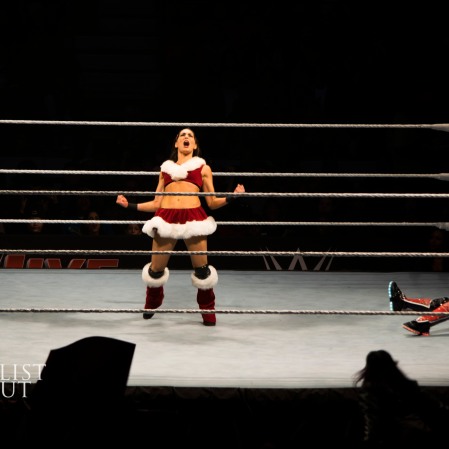 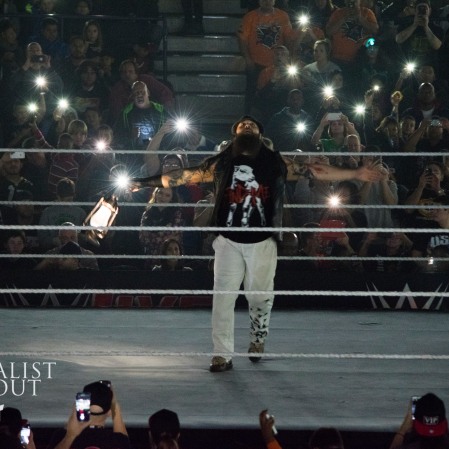 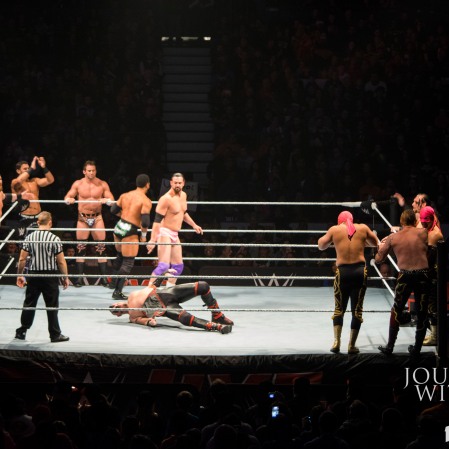 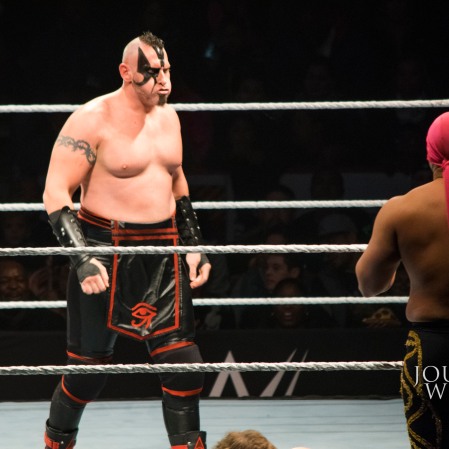 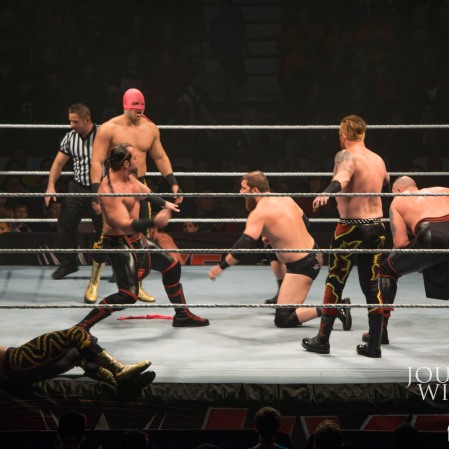 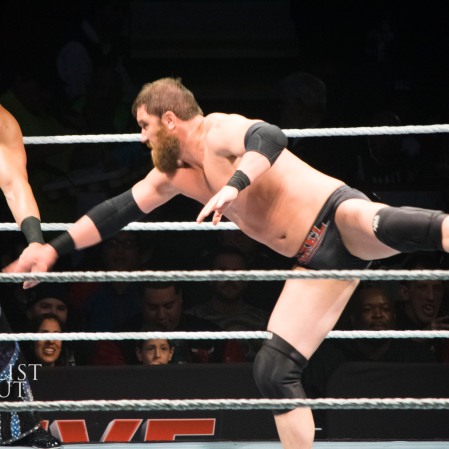 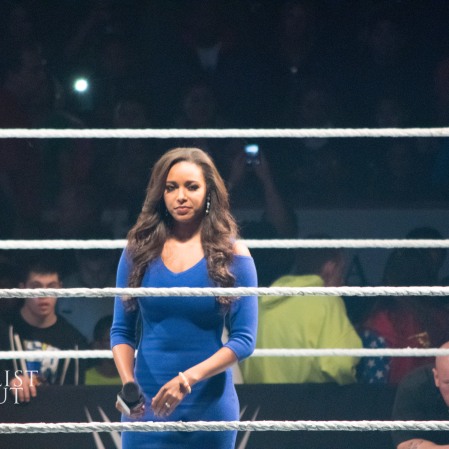 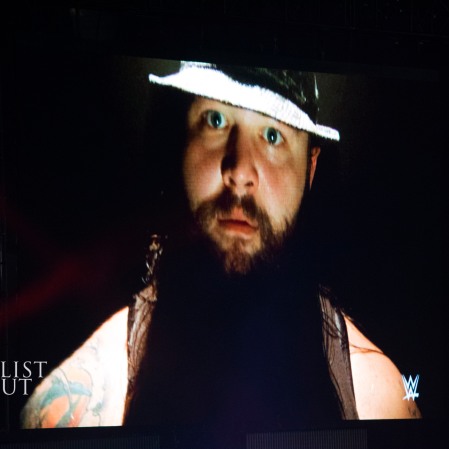 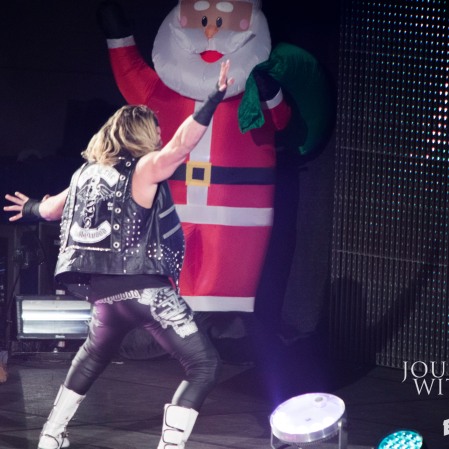 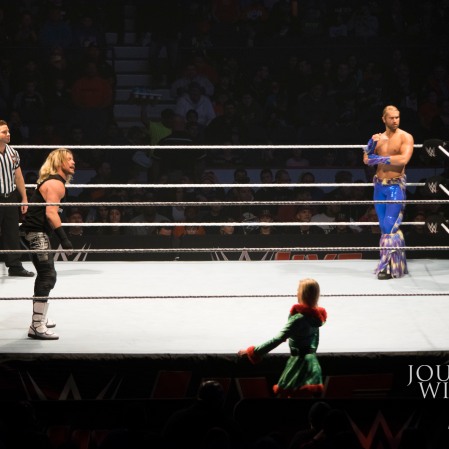 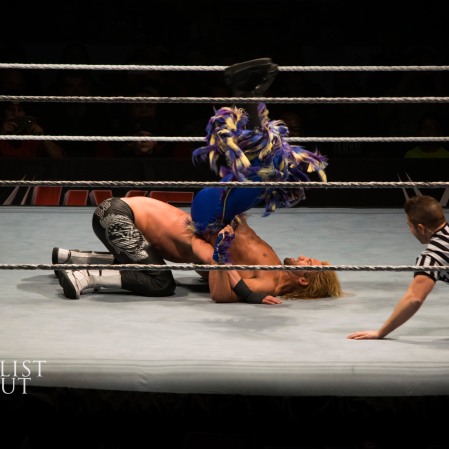 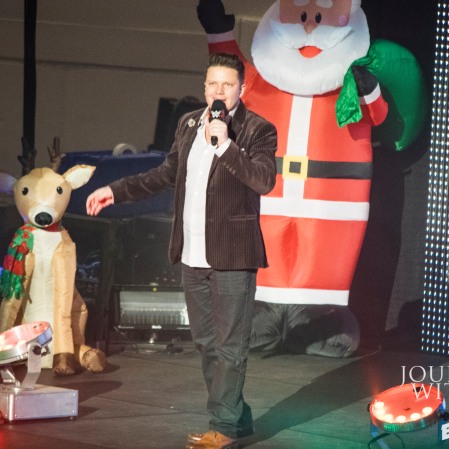 Elijah, the winner of Ringside seats