I hope everyone had a joyous Christmas. Concluding Lists Week is the Top 5 Rap Albums of 2015.

Big Sean made a whole 360 to his rap career with this release. His sophomore album, Hall of Fame, didn’t have much radio play, standout tracks, or replay value, but with Dark Sky Paradise, it goes to show that Big Sean went back to square one to correct his errors. Making a strong comeback with I Don’t F**k With You, Sean continued to release hit after hit. Production on the album comes from Kanye West, Mike WiLL Made It, Vinylz, DJ Mustard, and others. Dark Sky Paradise features some of Sean’s best lines, quick delivery and signature ad-libs. This album is his best work to date.

Standout Tracks: Stick Talk, Thought It Was a Drought, I Serve the Base, Lil One, Where Ya At (feat. Drake

As stated in my review of DS2, I found Future’s past albums to be lackluster, but with this album, Future has earned a new supporter. Before releasing DS2 this year, Future was hard at work dropping new songs and mixtapes what seemed to be every other month. Laced with 13 tracks (18 with the deluxe edition) and only one feature coming from Drake, Future held his own showcasing his ability to produce a commercial success. Future’s lean infused hooks and production mainly coming from Metro Boomin’ and Southside makes DS2 one of the best albums of 2015. 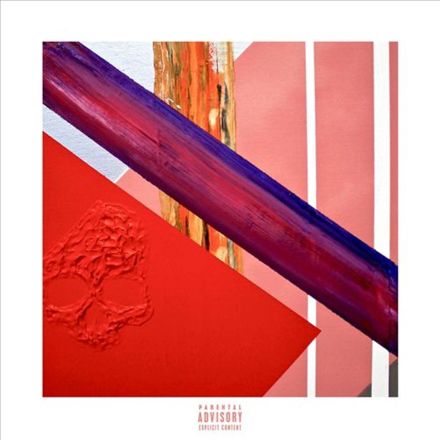 Released at the top of 2015, Tetsuo & Youth is one of Lupe Fiasco’s deepest albums. Hip Hop mixed with jazz will always make a great combination when done right, especially on the track Adoration of the Magi. Lupe also brings his signature style of including references to old video game systems and then turning them into great metaphors. Spitting nonstop rhymes for eight minutes and forty-nine seconds with a looped beat on Mural proves that Lupe Fiasco is one of the realist lyricists in the rap game.

Every so often, an artist comes along and releases an album that doesn’t require the listener to skip certain tracks, Rodeo is that album. After hearing previous songs, a lot of people didn’t know what to make of Travis Scott; Rodeo is a great introduction to those who want to learn about La Flame. The album features production from high-profile producers such as Mike Dean and Kanye West. Travis created a diverse album with turn-up, aggressive, and slow and methodical tracks that was played throughout the year.

Kendrick Lamar released something in 2015 that Hip Hop needed, a shot of something that was not the norm, a shot of different.  When released in March, a lot of critics and listeners didn’t know what to make of it because it wasn’t a direct sequel to good kid, m.A.A.d city in sound. Hip Hop mixed with Funk and Jazz elements is To Pimp a Butterfly. Lyrics about self-hate everyday struggles, gangs, politics, and joy are all the topics touched on by Kendrick. There is no doubt this album will not win a Grammy in 2016.