This past week Lion Babe released Cosmic Wind, the follow-up to their 2016 debut album Begin. This week, Lion Babe has announced their ready to take the new music on the road with Cosmic Wind: The Tour.

Jillian & Astroraw are set to embark on a 13 city tour this summer. Stops include Philadelphia, Boston, Atlanta, Los Angeles and more. Cosmic Wind: The Tour kicks off in Brooklyn at Industry City on June 5th and wraps up at Reggie’s Rock Club in Chicago on June 25th.

Tickets for the tour are scheduled to go on-sale this Friday, April 5th at 10 a.m.

To go along with the release of Cosmic Wind, the duo also released new visuals to accompany the track “Western World” featuring Raekwon.

For more info on the tour and Lion Babe, visit LionBabe.com.

Check out the complete tour stops below 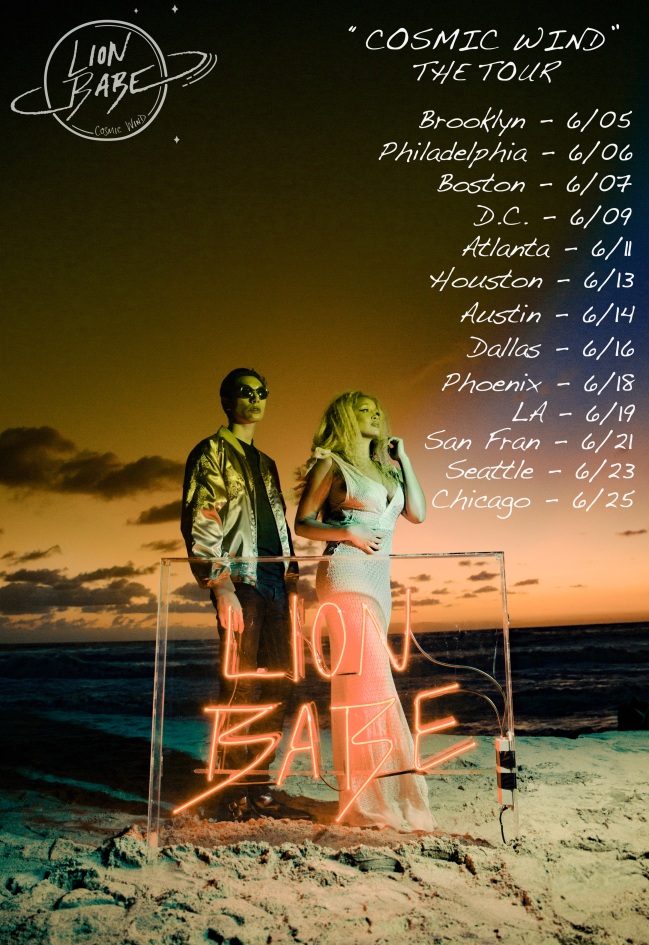