Battling through the rain and cold, Chicago music fans made their way to the Concord Music Hall to witness what would go down as one Thanksgiving Eve to remember.

Who turns out a large crowd on Thanksgiving Eve, you may ask? Well it’s none other than Grammy Award Winner and Chicagoan, Lupe Fiasco.

Presented by React Presents, the Concord Music Hall opened its doors at 8pm, people filed in with ease. I must state that I found the venue staff to be excellent, to security to production, everyone did a great job.

Hitting the stage first was another Chicagoan, The Boy Illinois. From the get-go, Boy Illinois brought an energy that seemed to have the crowd in the palm of his hands.

Playing tracks from his past projects and most recent project, DuStable, The Boy Illinois closed his set with “Ruling Class ‘15”. Before leaving, Boy Illinois educated the audience on why the current protests are working, but states that it needs to be more done with people buying expensive materialistic products. Shouting “Materialistic shit don’t mean shit”, The Boy Illinois exited.

Next up was the pop/rap duo Badd Tattoo. Originally from Chicago, now residing in Los Angeles, Badd Tattoo made their entrance to Adele’s “Hello”, and then proceeded to put their own twist on the song. Badd Tattoo even took a moment to “whip”, which got a huge reaction from crowd. The brothers continued their set giving the audience a taste of some of the music they have been working on.

The anticipation for Lupe Fiasco began to grow as smooth jazz echoed through the hall speakers while the stage set was being reorganized. Chants of “LUPE!” broke out in the Concord, not long after, the man of the hour appeared in front of the Chicago crowd decked out in a Louboutin scarf and diamonds and jewels on his shoes.

Lupe opened with fan-favorite “Go Go Gadget” and the place went crazy. After, Lupe spoke to the audience and stated tonight’s show would be see a battle between his two albums, Tetsuo & Youth and The Cool. Going through songs such as Mural, The Coolest, Dot & Lines, and Superstar, you could clearly see that this was one artist that Chicago has stood by since the beginning as the audience knew the exact words to each song.

Toward the middle of his set, Lupe asked the crowd to split to the right and left (to make it easier Lupe told crowd to split according to where the security guard named Nasa was standing), as something big was about to go down. It was billed as a duel to see which side was the most “turnt”. With that, Lupe went into the banger that is “Next To It”. When the beat dropped, Lupe and the Chicago crowd went into a controlled chaos.

Check it out for yourself.

The show continued with songs “Hip Hop Saved My Life” from The Cool, and “Deliver” from the latest album Tetsuo & Youth. For those who have not heard Deliver, it’s a track that sheds light on some of Chicago harshest neighborhoods that restaurant chains do not deliver to.

What seemed to come out of nowhere, Lupe performed what is considered to be his breakout single of his career, “Kick, Push”. When the opening of the track hit, the crowd energy was bumped up to another 10. Toward the end of the song, Lupe stopped to point out and acknowledge a fan that had a jacket of his he sold during his shows 6 years ago. He said he was taken aback from it.

The show was nearing its end, not before Lupe went back and performed the intro to “Next To It” four more times.

After hearing “Thank you Chicago, I love you, I will be back”, from Lupe, you could feel the sense of despair fall over the crowd. Being the great artist that he is, Lupe Fiasco performed “The Show Goes On”.

By this time, curfew had passed. Lupe began to say that his shoulder was hurting and only one thing could help it. That’s right; Lupe Fiasco performed “Next To It” for one last time sending the audience home happy.

From the beginning, the show was an awesome one. Everyone involved gave it their all. Both The Boy Illinois and Badd Tattoo have a bright future, definitely check out their music.

Lupe Fiasco is one (if not) the realist in rap, and this performance proved exactly that. Unlike some artists out there, Lupe knew all of his verses from older songs, plus performed each song in its entirety. I highly recommend if Lupe Fiasco is coming to your city to go to a show. It’s a show that will require all your energy for sure..

Check out photos from the show below 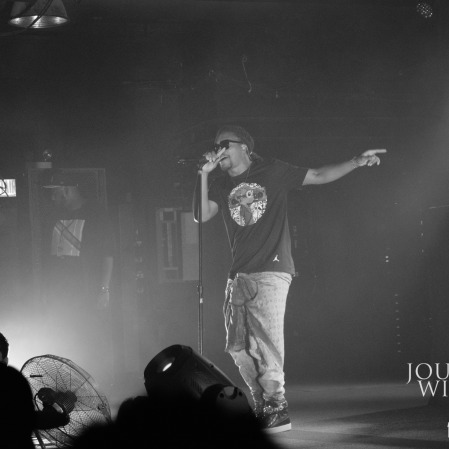 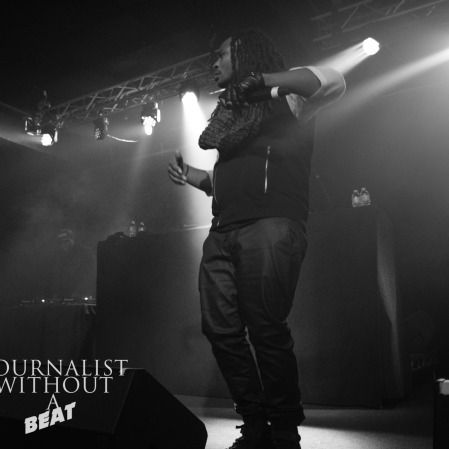 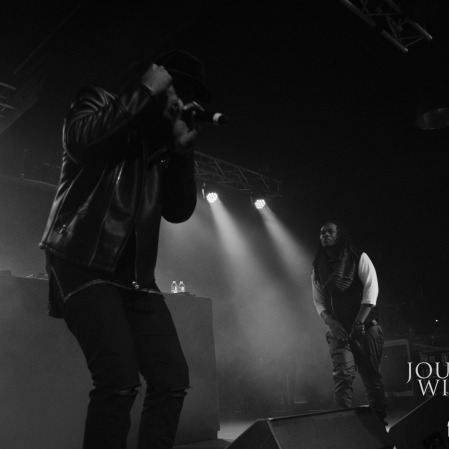