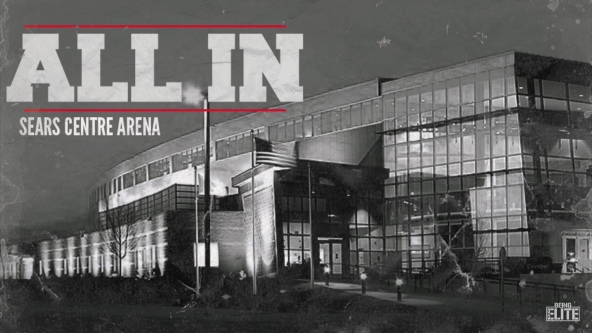 If you’re a fan of the famous wrestling group, The Bullet Club, chances are you have been paying close attention to the group’s YouTube series “Being The Elite”, ever since they announced their plans on running a wrestling event inside of a 10,000 seat arena.

One question on every fans mind was what city would host the ALL IN event?

Well Episode 95 – “All In” answered that question with an interesting reveal method. As the members of the Bullet Club (Cody, The Young Bucks (Matt Jackson &Nick Jackson), Marty Scurll, Hangman Page) were fighting over who would make the location announcement, the video suddenly cuts to star of the CW television show “Arrow” and member of BC, Stephen Amell, who delivers the location of All In.

After months of speculation, the city of Chicago has beaten out all other major cities to host what can be considered one of the most anticipated wrestling events of this year.

The official ALL IN twitter account promises to keep fans alert of when tickets will go on-sale.

Ticket information is forthcoming. Don't worry, we'll give you plenty of heads up!

What matches and performers are you hoping to see at All In?

Watch the announcement and Episode 95 of Being The Elite below