What did WWE’s third brand, NXT, deliver in it’s debut in Chicago?

In short, it was something. Nothing spectacular, but it was something. This would be due many different reasons, with one of the main focuses being on the matches. A handful of matches would suffer because the NXT Superstars performed earlier in the day.

Days leading up the event, Chicagoans would use the hashtag #NXTChicago to discuss their excitement of Saturday’s upcoming events. Tweets about NXT Women’s Champion Bayley and her hugs were always a hot topic.

When Saturday came, #NXTChicago would be the #1 trending topic on Twitter and not for good reason. Fans were upset because the doors did not open at the scheduled time. Most in line stood outside in the cold for 2 hours (this would be due to the venue having select General Admission seating).

Upon hearing the news, chants from the outside, and tweets sent directly to Triple H, WWE had no choice but to answer and made the call to send out NXT Champion, Finn Bálor, to try to smooth things over and explain to fans what was causing the delay, all the while “2 sweeting” fans while he made his way around the block long line.

Delay beyond our control but trust me….the wait will be worth it!!!!!! #WeAreNXT https://t.co/0N2uv2zLd3

Doors to the Portage Theater were scheduled to open at 11:30am with the action kicking off at 1pm. Of course this would not happen as the venue had issues with heating (the same issue would occur at the 7:30 show). Doors would finally open for the 1pm crowd show at about 10 mins before the show was scheduled to begin.

I attended the 7:30pm show, with doors scheduled to open at 6pm. Did Portage Theater open on time? Nope, the same heating issue was there and we were not allowed in until close to 6:30pm. From first glance when entering the hall where the show was being held, it looked exactly like an independent wrestling show.

Bad lighting, no entrance stage or ramp (other cities did not have this setup), just the ring and a red curtain where wrestlers had to make their entrance. Due to there being no ramp leading to ring, the Superstars would have to use stairs located on the side of stage, disappearing from fans eyesight for a second. It looked like a high school fashion show gone wrong.

The theater filled up quickly, with no more seats in sight. Fans began to line the walls with some even making seats out of the wall’s panels. From start to finish everyone in attendance had on their coats and scarfs because it so cold inside, something that is very unusual for a WWE event.

Thirty minutes before the action began, NXT ring  announcer, Dasha Fuentes, welcomed everyone to  show  and interviewed fans around ringside. When  interviewing a  young 2 year old with a John Cena  “Hustle, Loyalty,  Respect” shirt on, the crowd began  to boo the young boy.  When stuff like that begins to  happen, it typically means  Chicago is growing tired  and is ready for some wrestling.

The night kicked off with tag team action, with Enzo and Big Cass making their entrance first. You could clearly see both of these guys were exhausted as their usual entertaining intro monologue was off and missing that energy these two usually have. Wilder and Dawson would beat and breakdown Enzo the entire match until Enzo made the hot tag to Cassady. Chants of “this ref sucks” broke out as the ref didn’t see the tag. The match came to an end when Wilder rolled up Enzo for the 3.

Chicago loved Carmella, but was ready to boo, but held it back when she stated she was the “Princess of Staten Island”. This was another one-sided match with Bliss controlling, working on Carmella’s arm. The conclusion came when Carmella locked Bliss into a headscissors submission maneuver causing Bliss to tap. Looks as Carmella is set to become one of the top NXT Superstars as she even has her own exit theme.

‘The Drifter’ Elias Samson was out first and sung a song about Chicago. In said song, Samson ran down Chicago speaking how crappy of a town it is and how he should get paid extra for even coming here. The match was very quick, with Samson getting the win with a swinging neckbreaker.

Bayley felt the love (and hugs) from Chicago. Other than children, there were a lot of grown men sporting the “I’m A Hugger” t-shirts. Nia Jax took control early in the match slinging Bayley around the ring like a rag doll. With loud chants of “Bayley” from the Chicago crowd, Bayley would battle back and hit a huge Bayley to Belly on Jax for the win.

What would be considered the match of the night, Ciampa and Zayn came to Chicago to tear it up. No man had the upper hand at any point in the match, it was great back and forth action throughout. Every time there was a 2 count, fans would come to their feet.  Chants of “let’s go Ciampa, let’s go Zayn”, “this is awesome” and “don’t hurt his shoulder” directed toward Ciampa, shook the Portage Theater.

The match was very close, but Sami  Zayn would hit the Helluva Kick for  the win. After the match, fans gave  both of these competitors a standing  ovation. Zayn would leave the floor  to Ciampa, where he was met with  “Psycho Killer” chants from the  crowd. Tommaso Ciampa is not yet a  full-time NXT roster member, but  with this 5 star match, that might  change.

What more can be said that has already been said about Eva Marie? Yes, she’s improving but her heart is not in sports entertainment. She was met with “Eva sucks, no she doesn’t” chants, which is a step up from the usual “Eva sucks” chants. There were a lot of rest holds applied by Eva to camouflage her lack of a moveset. The end came with a messed up roll-up that saw Peyton Royce kick out, but the ref counted the 3 anyway. This was the same ref that the crowd yelled that he sucked earlier in the night.

The Main Event – Triple Threat Match for the NXT Championship

Apollo Crews was met with a huge reaction upon entering the ring, there was no love for Baron Corbin, and Finn Bálor got a champions welcome from Chicago. During the introductions of the competitors, Bálor would point toward his opponents, gesturing his fingers as pistols. Fans of Bálor’s previous work knew what this meant from a mile away. “Bullet Club” chants ranged out in the Portage Theater.

The action began as Crews and Bálor faced off in the ring, while Corbin taunted fans on the outside. Crews and Bálor would see this and make their way outside and attack Corbin. At one point during the match, Corbin would become frustrated and push a security guard and the same security guard returned the favor and pushed Corbin to the floor. As the match progressed, Corbin was standing tall. After tossing Crews over the barricade into the crowd, Corbin was met with “Baron’s going bald” and “Rogaine “ from the aggressive Chicago crowd, Corbin would eat it up and continued to dish out punishment on the NXT Champion, Finn Bálor.

In what was a first, after Bálor hit Crews with the Coup de Grâce, Crews kicked out and the match continued on. The conclusion came with Corbin hitting Crews with a side-walk slam, covering him for the pin, but it would be interrupted by Bálor who hits a Coup de Grâce on Corbin for the victory.

After the match Finn Bálor invited some children in the ring with the help of Bayley (who was wearing a Balor club shirt and throwing up the “2 sweet” hand gesture) to record a message for the NXT television show. The kids would yell “We are the future, We are NXT”.

There was one girl named, Gabriella, who was celebrating her birthday, Bálor would lead the crowd in singing Happy Birthday to Gabriella. Finn Bálor and Bayley thanked everyone and the show was over.

This was not the greatest debut for the brand, especially a WWE brand. From booking a terrible venue with no heat, unorganized and rude staff,  and to the treatment of fans, this is something you would expect from a small independent wrestling company, not the largest sports entertainment company in the world.

Then there were the NXT Superstars, not all but some were showing the effects of performing earlier in the day. Next time if the initial event is sold out, do not add another to take place hours between each other as fans who attend the later show will feel cheated as the Superstars are not performing up to their highest ability. Even if the company had to run two shows hours apart, have a different set of roster perform on each show, that way everyone is fresh and fans are getting their money’s worth.

No word if Chicago will get a NXT: Takeover special this year.

Check out more shots from the show below 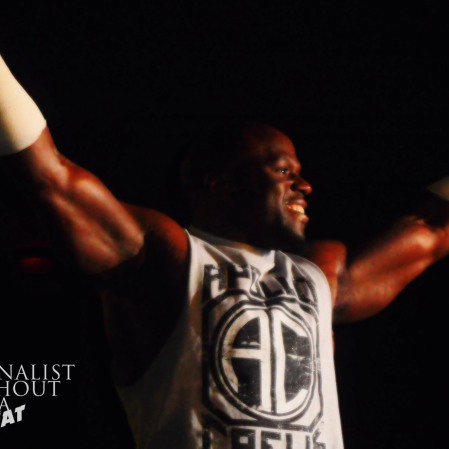 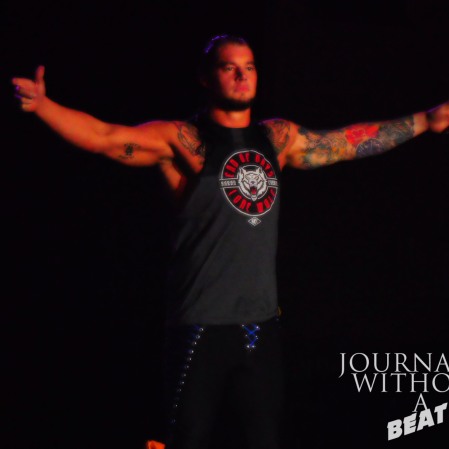 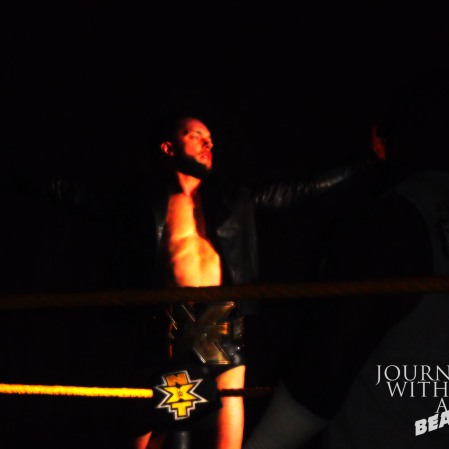 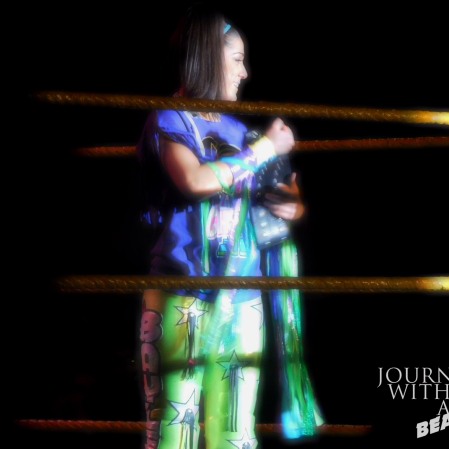 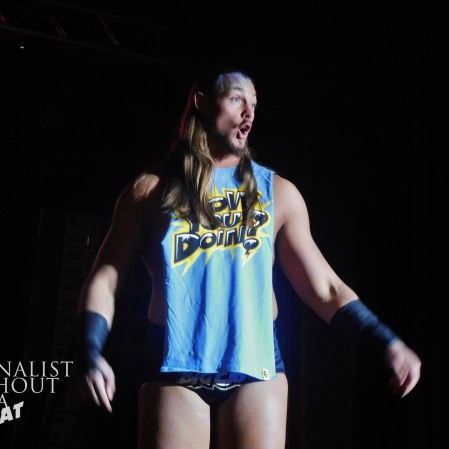 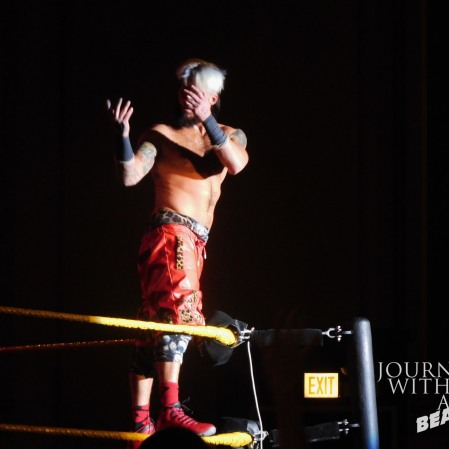 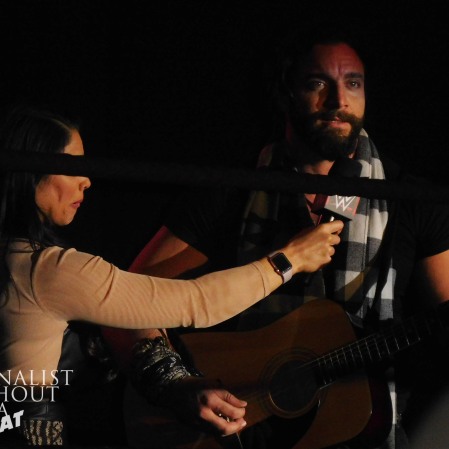 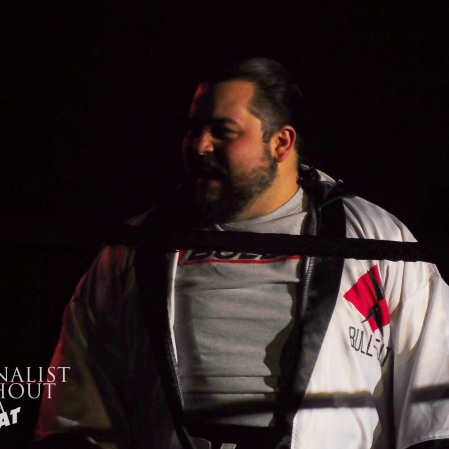 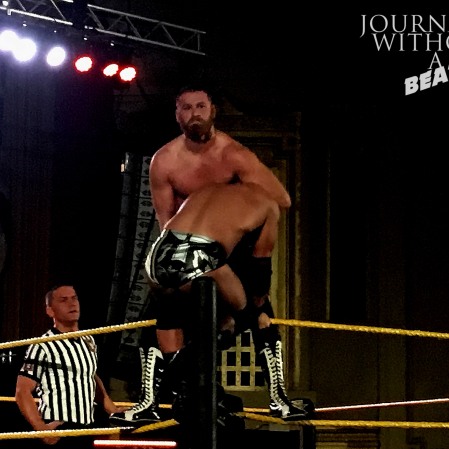 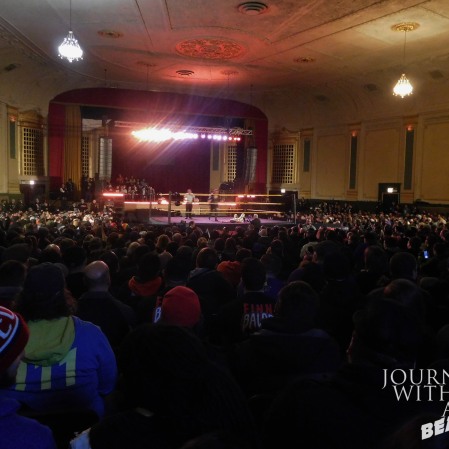 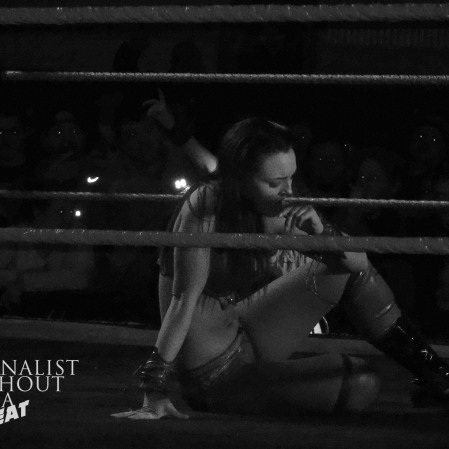 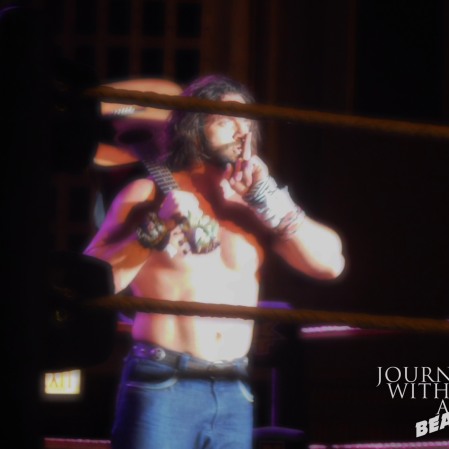 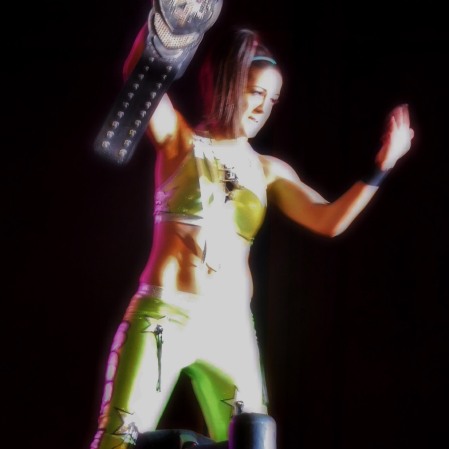 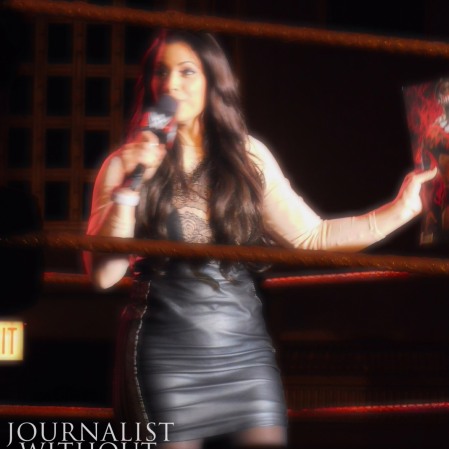 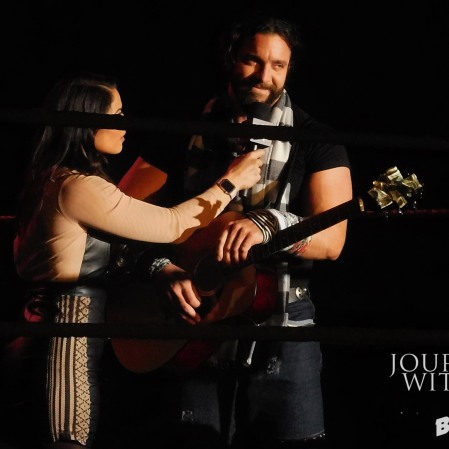 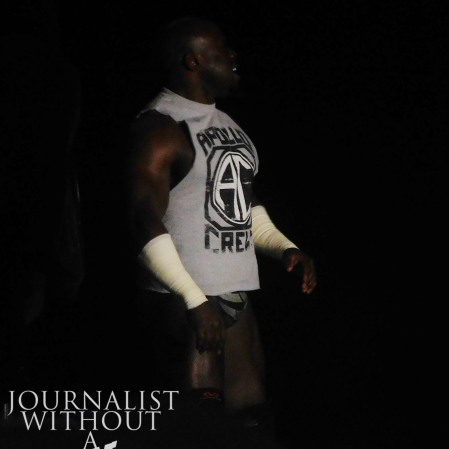 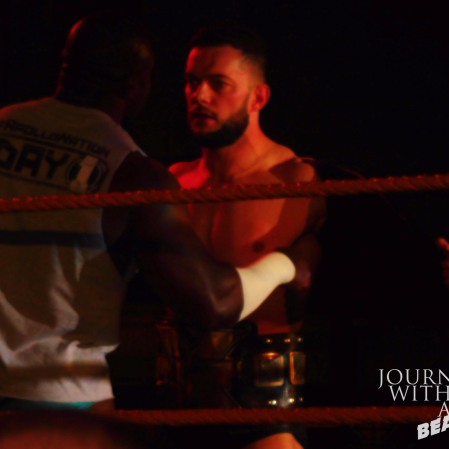 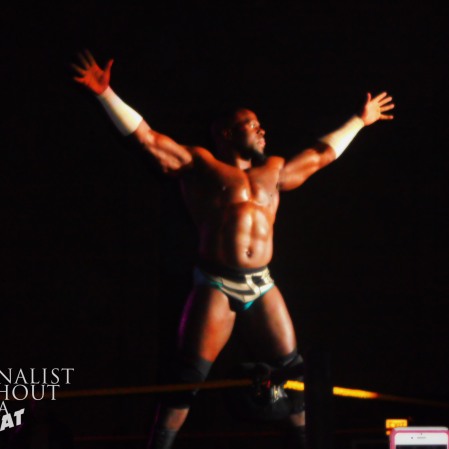 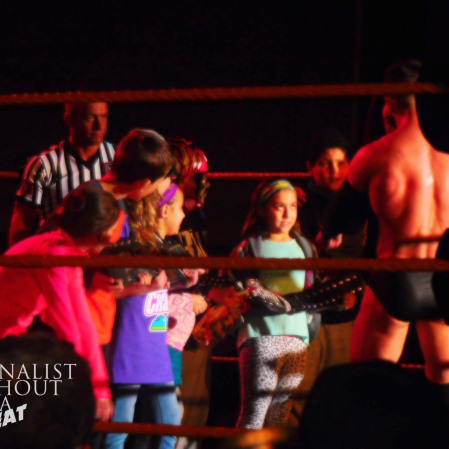 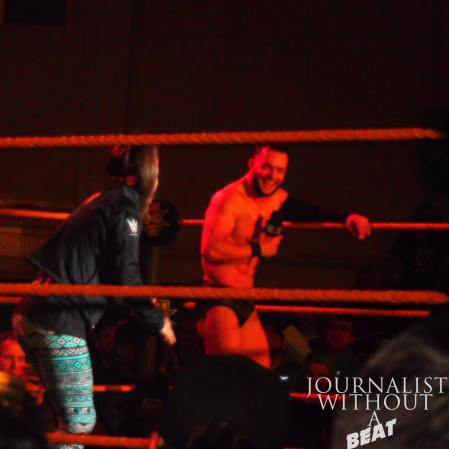 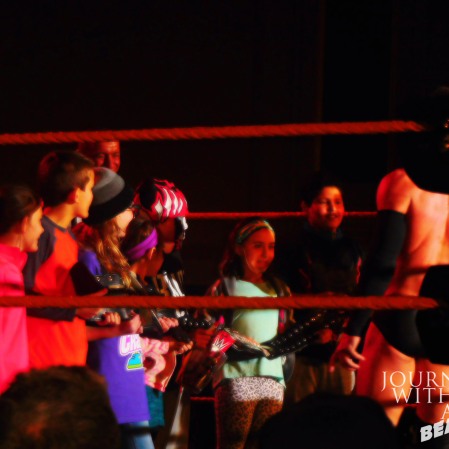